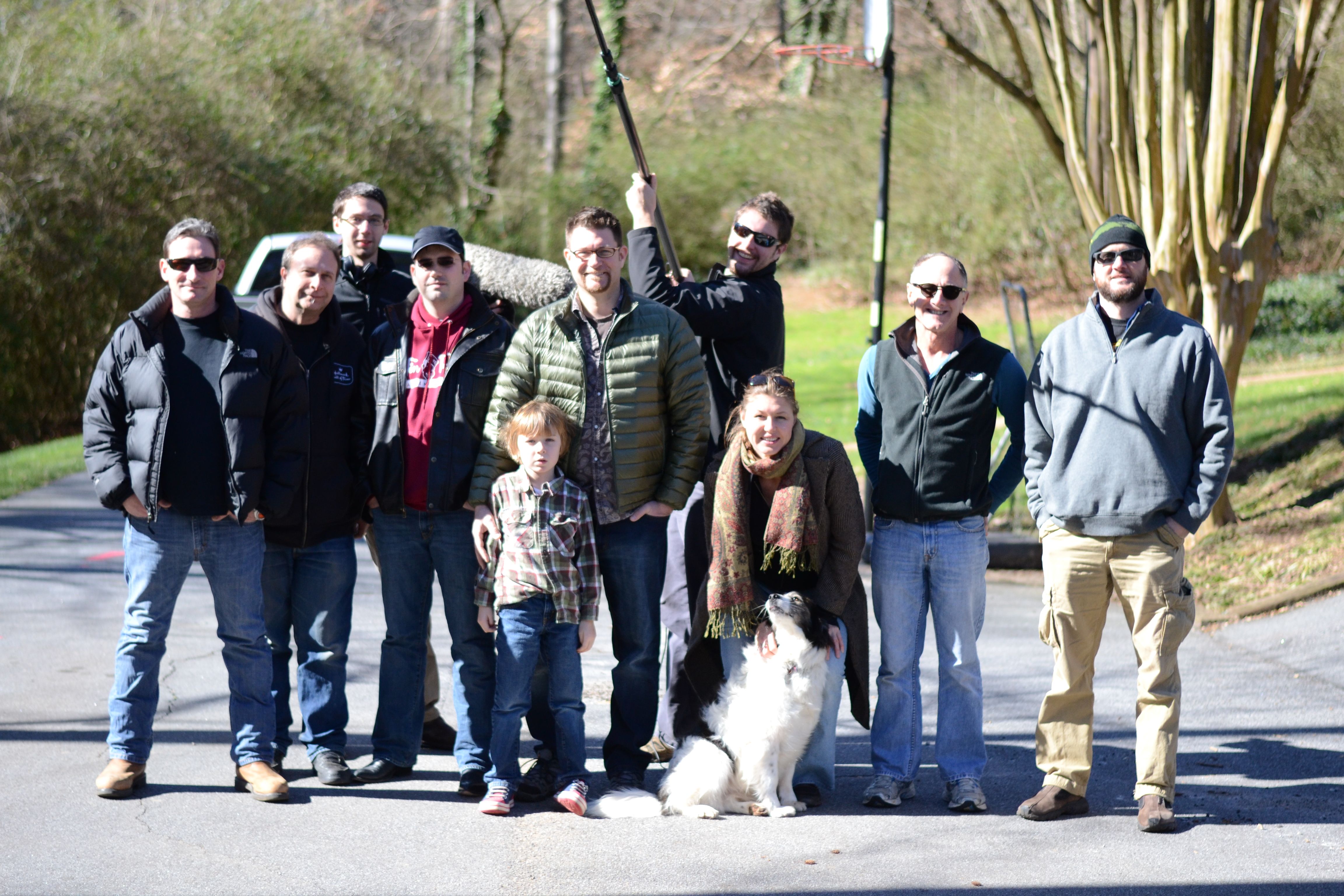 We had all heard how successful the Super CMIT had been used by Simon Hayes on “LesMisérables” in studio conditions. We wanted to test the practical applications of using the Super CMIT in the field.

(Note: I am writing this from memory a week later, so I encourage any involved to correct me or add more details to our findings!)

-Neumann KMR82i on a 22′ Ambient Boompole

Note: To use the 788t in AES mode, you have to enable “AES Power” in the menu and also on the individual tracks (in same place you select phantom power). Hook up your AES Cable to the back. The cable we had was set to put the DSP (super-CMIT) channel on channel one, the CMIT (non-dsp output) on 2 through a single XLR output. The cable also had a second XLR to hook up a second Super CMIT if desired.

Note, there are two preset DSP modes. One is “standard” DSP and the other what we termed “extreme”.

-Preset 1: moderate directivity increase (green LED); ca. 11 dB reduction in diffuse sound (5 dB greater than a Schoeps CMIT 5 U or channel 2 of the SuperCMIT 2 U)

In our tests, we did not tinker much with Preset 2 as it isn’t very applicable to our purposes with the introduction of artifacts into our tracks. We also did not engage the filters on the CMIT and left them open.

This kind of became a test of three, as we compared all results between the Super CMIT in DSP mode and in standard CMIT versus the Neumann KMR82i.

Whit’s house has some good conditions for a proper field test. There is a good-sized waterfall and a busy road nearby. Also, there is a small airport nearby. At the back of Whit’s house is fairly quiet (except for the occasional aircraft).

While booming a single person near the waterfall we noticed that the Super CMIT had amazing background rejection and pulled the dialogue right out of the waterfall. The background could still be heard, but was diminished greatly.

The standard CMIT and the 82 performed as expected and did a good job of bringing the dialogue forefront, leaving the sound of waterfall in the background.

While booming between two people have a conversation, the CMIT and 82 sounded “natural” while cueing.

The Super CMIT had some issues here. Some noticed artifacts while cueing as the processing tried to match the movement and change of position of the mic relative to the background. To fight this effect, a BoomOp would have to be careful to keep the mic on a the same plane of axis when cueing.

Which is better? Well, I suppose the answer is “It depends”. If that waterfall was instead a generator, perhaps the directivity would be exactly what you want. The waterfall as part of the scene, perhaps not.

We experienced similar results with the rumble of the truck as with waterfall. Again, if the rumble was a generator you couldn’t get turned off, perhaps the Super would be the way to go… If a picture car, the CMIT or 82i sounded more natural to most of us.

We conducted this test with stationary subjects with an imaginary frame above our “actors” of 10-12 feet. On pavement, we noticed a reverb effect on all mics that was added. When moved to the grass, this was removed. The 82 lost a lot of low end frequency at this height, but was still very legible. The Super and CMIT both kept more of the low end and sounded better to most of us, with Super CMIT having a slight edge in a controlled situation of two actors having a one to one conversation.

Whit brought up a very valid point here though: The Ad-lib. What if there were other actors in the scene were known to adlib often. Would you want the more directional and less forgiving Super CMIT? Likely not.

We ALL agreed the Super CMIT sounded too present and “splattered” when used to close to the source. It needs some air in between to sound natural.

We did walk & talks two ways: from above, and from below.

From above, all mics sounded nice. Noted that the Super CMIT might be nice in mitigating the sound of gravel or crunchy footsteps if boomed from the proper angle, if so desired.

From below, they also sounded good. Of course, all were in some form more susceptible to aircraft noise with the Super CMIT giving a few more moments of “acceptable” sound than the others by mitigating some of the off axis background noise.

Someone in the group called this mic a “very expensive one trick pony”. While it may be useful in more than just one scenario, it certainly is a very specialized microphone and at $4,449US it is certainly very expensive.

Is it something to have in the kit? As a wise man once said… “It depends”… While it certainly would be nice in certain situations to have, it is one of those items that might be difficult to recoup costs outside of your standard kit rental.

It is an amazing piece of technology and if you can afford it, it would be a nice microphone to have in the arsenal. That being said, I don’t think any of us rushed out to get one after our testing. But time will tell!

-Whit & Kathy Norris for hosting us at their house.

-Michael Wynne for taking the pictures of the event.

I have drunk the Kool-aid. I just ordered my own Super-Cmit 2U. It will be here this weekend.

I’m interested to use it in the next wide/tight and see how well the boom sounds over the lavs… but I am going to be very secretive about my new weapon on set… I don’t want directors thinking they can get away shooting wide/tight too often!

I’ll keep everyone updated on how things go.

We had a chance to try out my SuperCMIT in the real world on the set today of Zombieland: The Series.

There was a couple of things I noticed tonight and wanted to add to this thread:

1) It is damn cool to be able to record the Super and regular CMIT mode on the mic at the same time…(the AES outputs both tracks) that way, if you do get some adlibs – you still have them as well as you would with a standard CMIT.

That being said, you can only record them to channels 1(Super) and channel 2(CMIT) or on channel 3 and 4, likewise on the 788t.

2) With the SuperCMIT, be aware your limiters will NOT engage in digital mode (at least with the 788t). Tonight we had a scene where everyone was speaking at a normal level… then suddenly yelling. First take, I was seeing red and red on both tracks of the SuperCMIT. I found I had to aggressively tweak the gain to get good results in this situation.

I’ll keep on posting my findings.